When I was making peanut brittle the other day, which I do from time to time because it’s sooo good and sooo easy to do in a microwave, I began as usual to lay out a stretch of aluminum foil on the counter. That’s to prevent the candy, which is very hot when it’s just done, from sticking to the counter. This was a tough-learned lesson when I once poured the molten mixture directly onto my butcher block and had to spend quite some time sanding down the gashes which were created trying to get the hardened candy loose!

But then, modern considerations entered my mind. Namely, aluminum, either as foil or cooking pan, is not so good. My sister, Deborah Budrick, had recently convinced me to retire my sweet, thin, quick-to-boil-water aluminum pot because the science of it is that aluminum degrades under heat and taints the food, and, some say, thereby eventually diminishing your brain power. In addition, aluminum doesn’t degrade in land fills, which is a serious environmental concern. But, there are alternatives.

To protect the counter where you will be spreading hot candy, use parchment. It works as well as aluminum foil for the purpose, plus it has a centuries-long clean record. Consider ancient scrolls written on parchment, which began to replace papyrus along about the second century c.e. when the Egyptians put an embargo on exporting papyrus. As it turned out, parchment was a better choice. Unlike papyrus, which is made from the reeds of the papyrus plant, parchment is made from animal hide, a much tougher material. This may be a startling fact to note, but it’s the case. For that reason, parchment better withstands the ravages of time and doesn’t break down in a moist environment. So, what seemed an unfriendly situation for business, the embargo, led to a boon for preserving manuscripts, and eventually to all kinds of other uses, such as culinary ones. (A note: In modern times parchment for the kitchen is made of vegetable matter, so no problem for vegetarians.) And it is environmentally friendly: parchment can be recycled along with other compostable materials.

But I digress. Back to the home kitchen: here’s the recipe for making peanut brittle in the microwave. A note: After pouring the candy on the parchment, set the bowl aside and don’t fuss about the clean up. When the bowl is totally, completely cool, use hot tap water to dissolve what candy is left clinging to the bowl, no elbow grease required, though it may take a few rounds of rinse, dissolve, rinse again.

2 tablespoons butter, cut up a bit

1. Place a 15-inch wide by 22-inch long sheet of parchment paper on a counter and grease it lightly with butter.

2. Combine the sugar, corn syrup, butter, and water in a large microwave bowl and microwave for 5 minutes to dissolve the sugar.

3. Whisk to mix and continue to microwave for 6 minutes more, until bubbling briskly and at the soft ball stage, 234 to 240 degrees F.

4. Stir in the peanuts and continue microwaving until the mixture is bubbling rapidly and the bubbles are breaking from the bottom of the bowl, the hard crack stage, 290 to 300 degrees F. Remove from the microwave, add the baking soda, and whisk briefly until the bubbling stops.

5. Using terry towels or hot pads, pour the mixture over the parchment, taking great care not to have the candy touch you. Leave the candy to cool and set for several hours. It keeps at room temperature for many days and gets more crackly and toothsome as time goes by.

3 thoughts on “Peanut Brittle, Aluminum, and Parchment in a Nutshell” 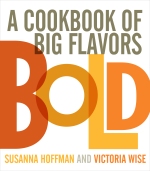 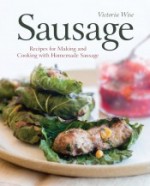 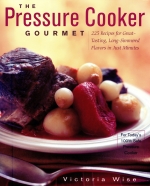 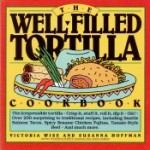